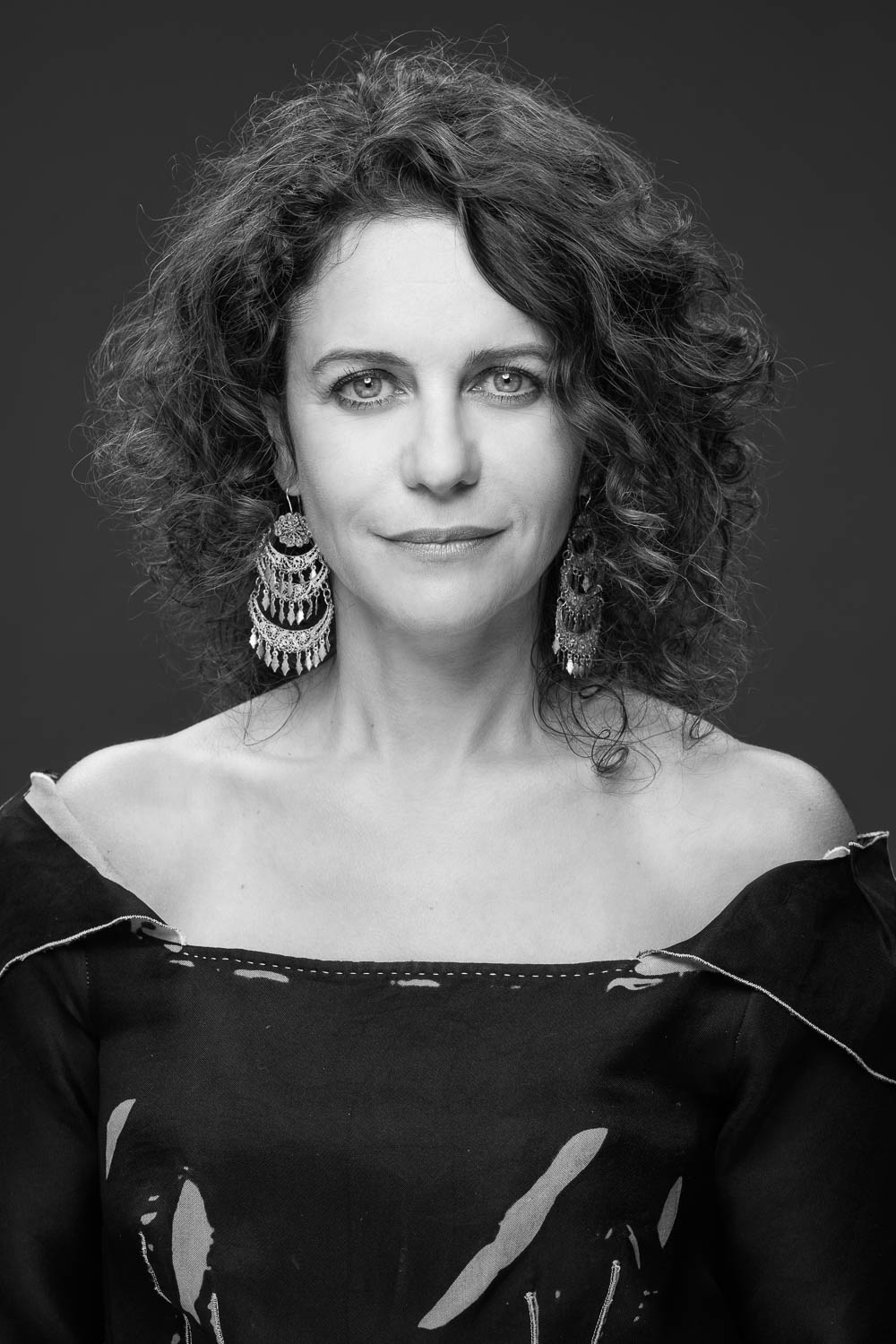 Of course I have faced criticism, scepticism and even outright opposition in my life in what we all know is a male-dominated world.

But to be honest I am not really sure if it was because I am a woman, or because I was
young, or what I looked like, or because of my heritage. And to be perfectly honest, I don’t really care or let it bother me. Being 1/2 Iranian and 1/2 American I have always been a foreigner in whichever country I have had the opportunity to live in…some places more than others. Even in Iran I was often told I was American and in America I was asked where I was from.
I was born in Iran to an American mother and an Iranian father and lived there until I was ten years old with my three older brothers. I lived in Iran during the revolution and the upheavals of the first year under the draconian rule of Khomeini. But even that did not prepare me for what life had in store for me. I thought I would always live in Iran and we had no plans of ever leaving. But life had a different plan for me.

It all happened on a fateful day in September 1980 where my family decided to make a brief stopover in Basel, Switzerland, to visit my uncle on our way back to Iran from America. We planned to stay in Switzerland for two weeks… September 22 was a day that will forever burn in my memory and the day that changed my life. It was the day Iraq attacked Iran, and my family decided to wait until the war was over, until we went back home…. This day never came as the war lasted 8 years and when it was finally over Iran was no longer my home. The Iran I had grown up in disappeared and was replaced by the Islamic Republic. The lives of women in particular were completely changed.

My father was granted political asylum in Basel and what at first was a quick summer trip with two suitcases full of gifts for friends and family back home and summer clothes became all that we had left.
After high school in Germany and university in America, I went to graduate school in England. It was at Oxford University where I met my husband Micki and together we moved to Malaysia and Hong Kong, and then to his home town of St. Gallen where we both entered into his family’s textile company. When I was pregnant with our first son, I realised just how difficult the position of a working mother is in Switzerland and how little support she had to go back to work. That was now 22 years ago and much has changed in the meantime. But the fact that many assumed that I as a pregnant woman would of course quit working and stay home was very strange to me, and not even something that I considered. I often asked people: did you ask my husband Micki if he is going to stop working? Why do you assume that I would be the
one? That question was always met with a very strange look! Also when I brought my baby boy to the company’s managers’ summer meeting and nursed him upstairs in my hotel room during the coffee breaks that created quite a stir!
In 2003 we moved to Japan. Here I was in a new country where I was completely foreign and did not even speak the language. This however was somehow freeing as I was able to follow my heart and take up my passion for photography to a professional level. Here again I was faced with derogatory remarks. “Oh you think you can suddenly become an artist?”. I refused to let such comments get me down and after studying several years and exhibiting in a few small shows, I was rewarded with solo shows in Hong Kong and Tokyo and later in New York and Berlin.

We moved back to St. Gallen in 2008 where my husband took over from his father as CEO and I as the Creative Director of the company. In my first year on the job, I decided to change the visual language of the company and introduce a new line of innovative fabrics that were recycled out of PET bottles and industrial fabric waste. Of course, I faced a lot of opposition. After all, this was a traditional, almost 200-year-old company. Now, was I opposed because I was a woman? True, the management team in those days consisted almost exclusively of men, in the Board of Directors as well as among the management staff and even most of the sales staff were men. Or was it because my idea of taking so-called garbage and turn it into beautiful fabrics was too new? Or was the new style of the photography too edgy? To be honest it was not something I stopped to think about much. I knew that the recycled line BENU was a great product and we needed to be the first in the world to produce something like this for the home interior fabrics market and that it deserved its own visual language.
My point is that, when faced with opposition, I don’t really think of myself as a petite, multicultural woman, but rather as a passionate person with an idea. And I won’t give up until I make it happen! And by the way: these very same fabrics are now the pride of our company, as we have just won the Red Dot Award this year.
To the question about perfection…I have to smile because with a house full of kids, cats and dogs there is little room for perfection.
On your question of the future in these times of Corona. I just take it one day at a time and do the best I can with the current situation. There is a famous Persian saying that my father recently reminded me of… This too shall pass.

CAMILLA DOURAGHY FISCHBACHER
Age: 50
Nationality: Father Iranian, Mother American
Role & Company: Christian Fischbacher Co AG Creative Director
If my life were a book, what would be its title? Let passion guide you and make it happen 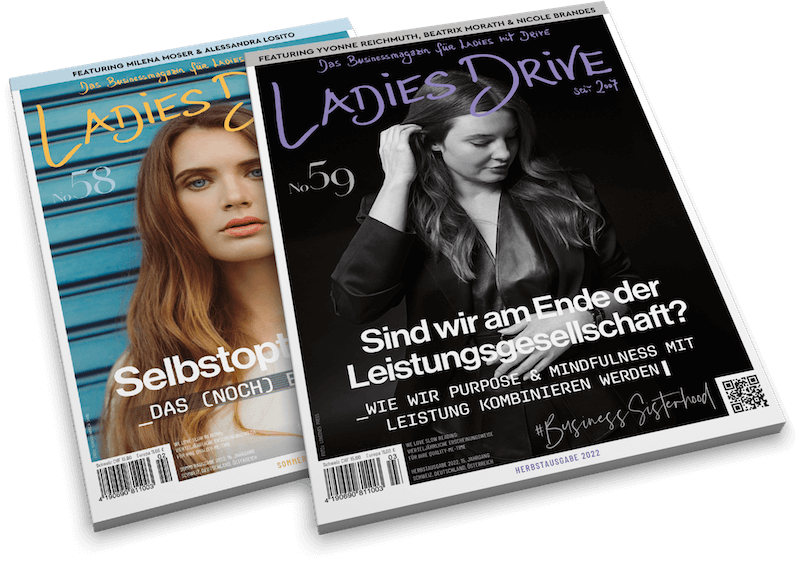 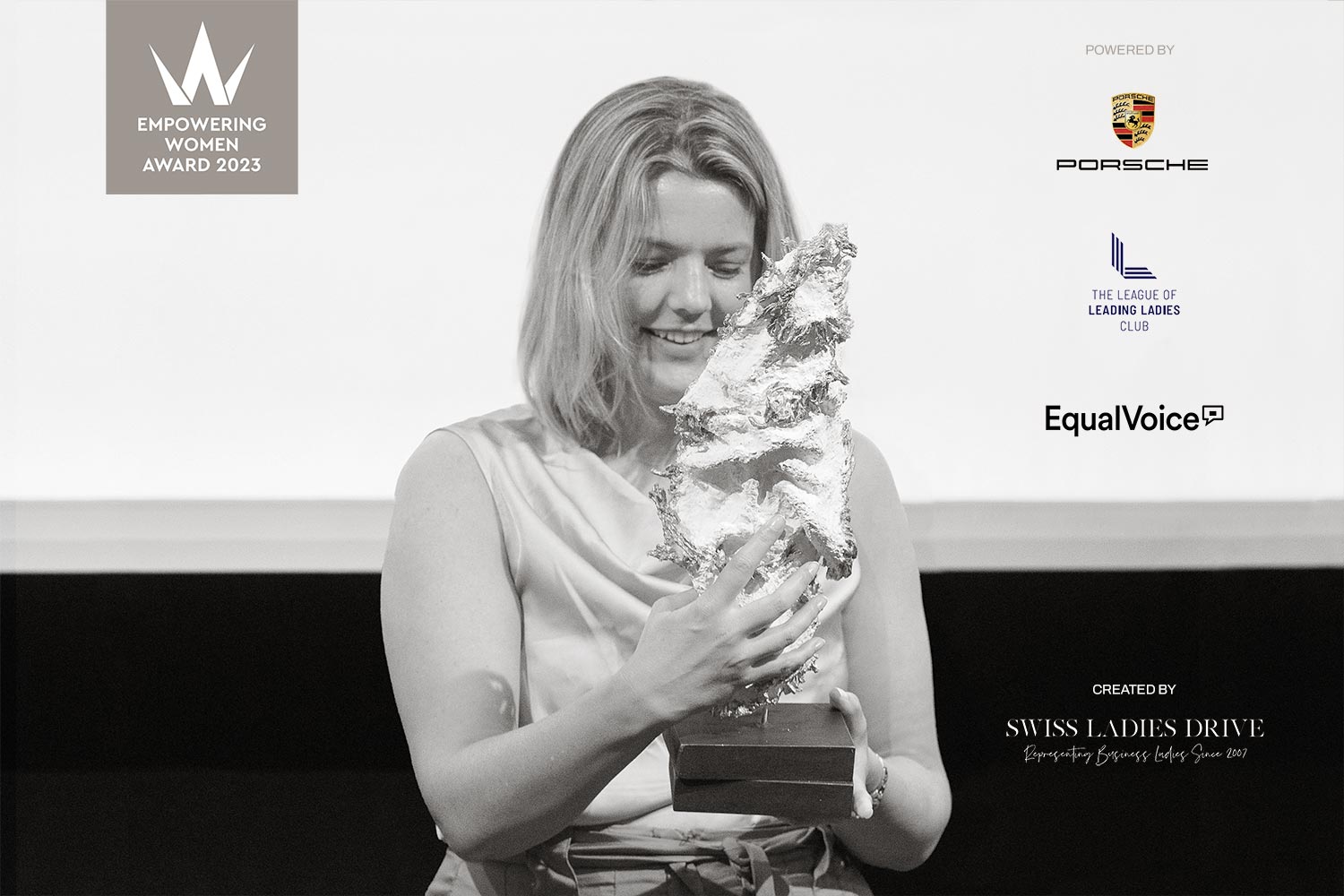 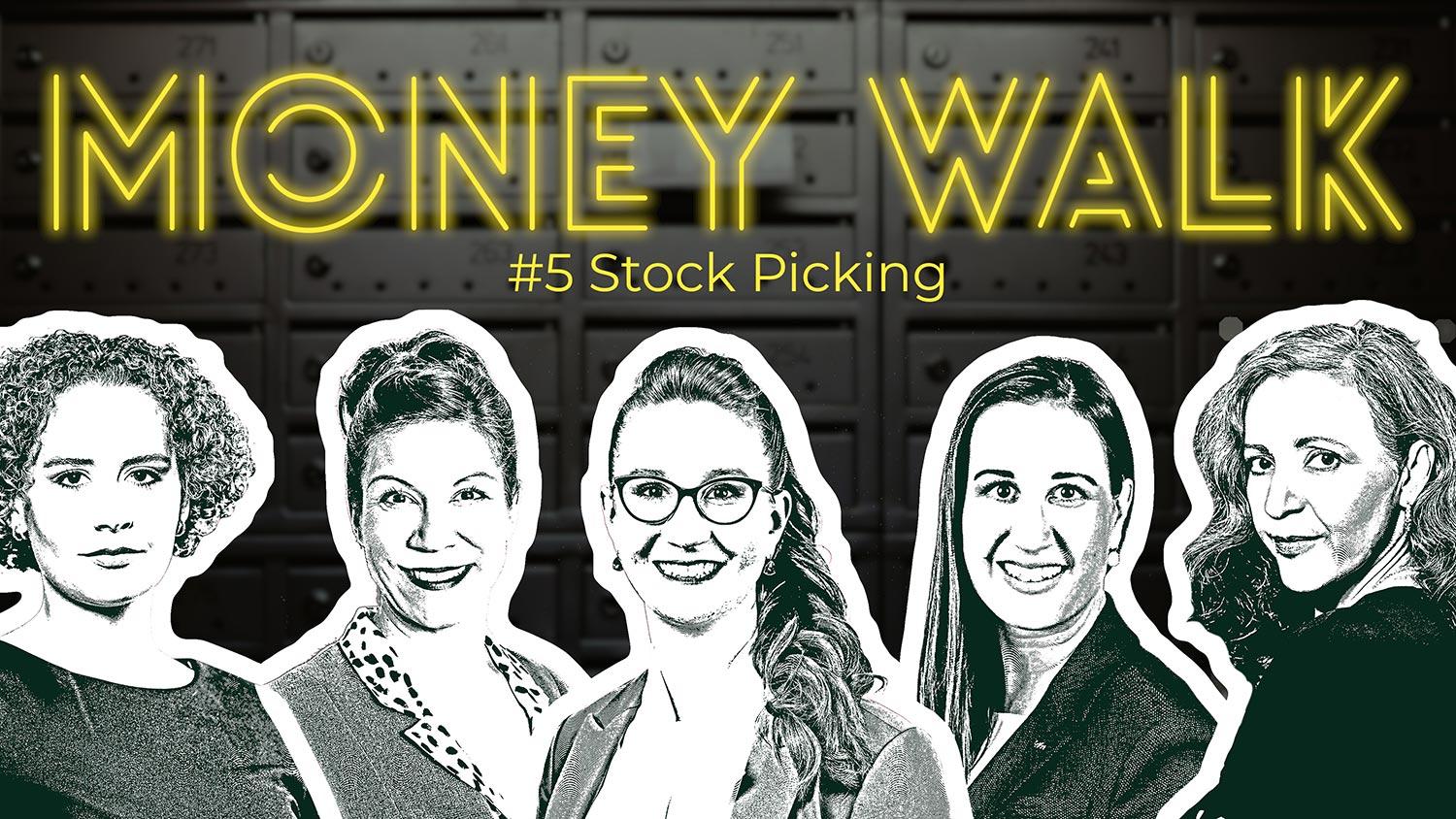 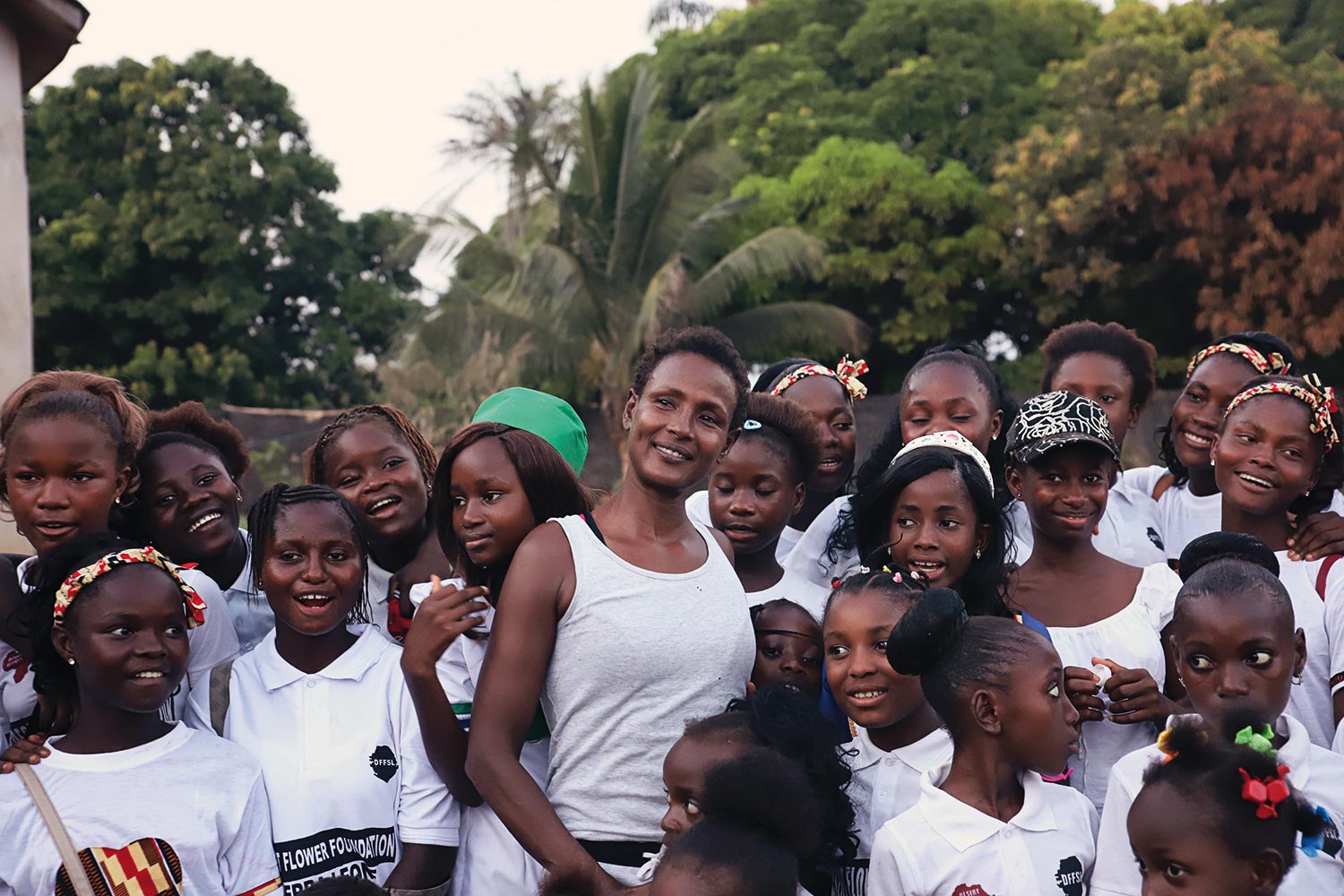 How The Desert Flower Grows

Waris Dirie. Supermodel. Bestselling Author. Actress. Human Rights Activist. Painter. Believer.
And more beautiful than ever before. This desert flower has grown deep roots
and confidence to inspire others – no matter what.